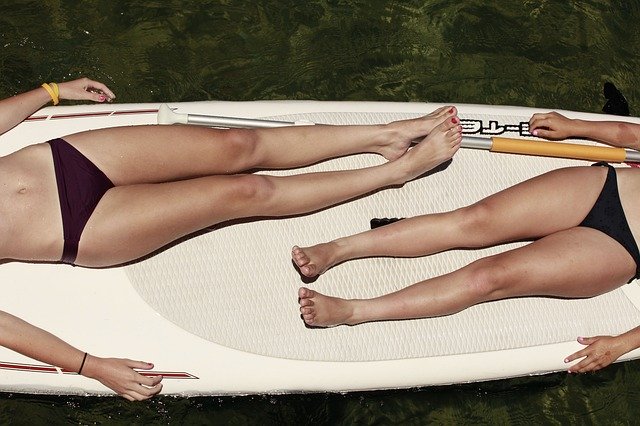 (US National Library of Medicine) – Being the largest and most visible organ of the body and heavily influenced by environmental factors, skin is ideal to study the long-term effects of aging. Throughout our lifetime, we accumulate damage generated by UV radiation. UV causes inflammation, immune changes, physical changes, impaired wound healing and DNA damage that promotes cellular senescence and carcinogenesis. Melanoma is the deadliest form of skin cancer and among the malignancies of highest increasing incidence over the last several decades.

Melanoma incidence is directly related to age, with highest rates in individuals over the age of 55 years, making it a clear age-related disease. In this review, we will focus on UV-induced carcinogenesis and photo aging along with natural protective mechanisms that reduce amount of “realized” solar radiation dose and UV-induced injury. We will focus on the theoretical use of forskolin, a plant-derived pharmacologically active compound to protect the skin against UV injury and prevent aging symptoms by up-regulating melanin production. We will discuss its use as a topically-applied root-derived formulation of the Plectranthus barbatus (Coleus forskolii) plant that grows naturally in Asia and that has long been used in various Aryuvedic teas and therapeutic preparations.

Due to its anatomic location at the external boundary of the body, skin is exposed to a variety of environmental factors such as UV radiation that derives naturally from the sun. Solar UV exposure is a major causative factor for age-related changes such as skin cancer development.

UV radiation is composed of UVA, UVB and UVC components based on photon wavelength with UVA having the longest wavelengths (315–400 nm), UVB being mid-range (290–320 nm) and UVC being the shortest wavelengths (100–280 nm). Ambient sunlight is composed primarily of UVA (90%–95%) and UVB (5%–10%) energy, with most solar UVC absorbed by the ozone layer.

Naturally occurring UV radiation is the environmental mutagen responsible for the largest percentage of environmentally induced skin pathologies, including erythema and inflammation, degenerative aging changes, and cancer [1]. Humans are exposed to UV radiation primarily as a consequence of unprotected exposure to sunlight [2]. UV radiation has many deleterious effects on cells [3,4,5]. UV radiation produces both direct and indirect DNA damage, and each can result in mutagenesis in skin cells. The DNA double helix can absorb energy from shorter-wave UV photons and undergo covalent modification. Neighboring pyrimidines are particularly vulnerable to direct UV damage at the 5–6 double bond position. When UV causes this bond to break, abnormal covalent interactions between adjacent thymines and/or cytosines can result.

There are two main DNA lesions that result from UV-induced damage to the 5–6 double bond: (1) cyclobutane dimers formed from two covalent bonds between adjacent pyrimidines to form a ring structure; and (2) pyrimidine 6–4 pyrimidone (6,4)- photoproducts that form upon reaction of the open 5–6 double bond with the exocyclic moiety of an adjacent 3′ pyrimidine [6]. Both of these lesions distort the double helix and can lead to mutation, and an individual skin cell may accumulate up to 100,000 such lesions from one day’s worth of sun exposure [7].

UV radiation also damages cellular macromolecules indirectly, through production of oxidative free radicals [8]. Several DNA modifications can result from oxidative injury, including 7,8-dihydro-8-oxoguanine (8-oxoguanine; 8-OH-dG), which promotes mutagenesis (specifically GC-TA transversion mutations [9]. Both direct and indirect DNA changes interfere with transcription and replication, and render skin cells susceptible to mutagenesis. Much of solar UV energy is absorbed by stratospheric ozone, and the gradual depletion of stratospheric ozone over the last several decades has resulted in higher levels of solar UV radiation that strikes the surface of the Earth [10]. Increased ambient UV radiation from global climate change may be an important factor to explain the burgeoning prevalence of melanoma and skin cancer over the last several decades [11,12,13,14].