What You Need To Know About UV Lamps And Skin Cancer 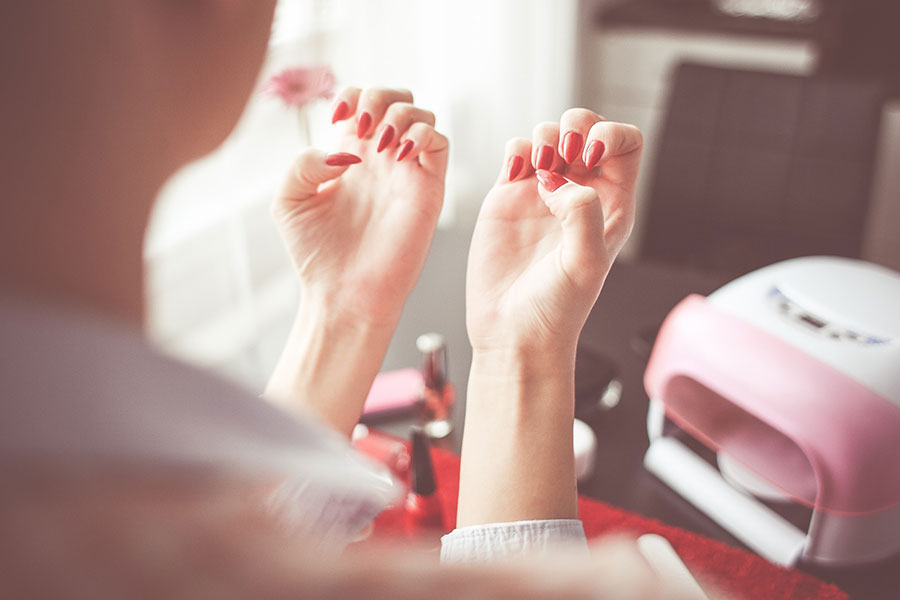 What You Need To Know About UV Lamps And Skin Cancer

If You Get Gel Manicures, This Is What You Need To Know About UV Lamps And Skin Cancer

Gel is hands-down the most efficient mani method, but the risks that come along have flown under the radar for years.

It’s obvious that spending hours out in the blazing summer sun is going to end in skin damage, especially if you’re not taking precautions and protecting yourself. You probably don’t think about skin cancer when you hit up the nail salon for a fresh set of gels, though, right? Well, according to dermatology experts, you should.

UVA rays are what cure gel manicures. These UV rays are known primarily for their role in photoaging of the skin (think: sun spots and wrinkles). They also contribute to skin cancer—tanning booths emit mostly UVA rays, and we know that even one session of fake-baking ups your skin cancer risk by leaps and bounds. And while hard evidence that they do the same thing when you rest your hands under the UV lamp is lacking, some doctors are sounding a warning.

When gel manicures first became popular, “research lagged behind technology,” Chris G. Adigun, M.D., a board-certified dermatologist who specializes in nail disorders, general dermatology, and cosmetic dermatology, tells SELF. Adigun also wrote a revised physician’s statement on the issue this year for the American Academy of Dermatology. Though the polish style has been around for years, no one really looked into its safety until a couple years ago. And even then, it was very minimal. “I presented on the research in 2013 and there were only two studies,” Adigun says. “One was wholly funded by the nail cosmetics industry.”

Over the past few years, there have been more studies and anecdotal evidence that have given experts cause for concern.

In 2014, a small study found that the UV radiation emitted from different gel lamps varied greatly. Adigun notes that this study also found that it would take just 12 visits to the salon for DNA skin damage to be detectable. Most gel devotees could easily reach those 12 visits in just six months. This estimate also relies on meticulous use of the lamps—never exceeding eight minutes total for one full manicure application. That’s hardly what happens in a normal setting, where manicurists would prefer to over-cure the polish than accidentally under-cure and have an unhappy customer.

If You Get Gel Manicures, This Is What You Need To Know About UV Lamps And Skin Cancer
Read the original article here
Shop